So, as of two days ago, I am now the proud owner of a car! God provided me with one for a VERY affordable price, and although it's rather old, it only has 45,000 miles on it. I still haven't quite gotten used to the idea! His name is Chad. There is a story behind this name. One day I was on facebook, and I stepped away from the computer for a second. My dear brother seized the opportunity and began to type a status for me. While holding me back with his right hand, with his left he typed, "Lindy was awake all night dreaming of Chad and wondering if she ruined her chances with him." I do not know anyone named Chad. I have never known anyone named Chad. From that day on, whenever I would accidentally leave my facebook up, Chad would appear again, courtesy of Jamey. "Oh Chad, I count the days 'til we can be together!" and etc. It keeps everyone entertained. Now Chad is the name of my car. Take that Jamey. :) 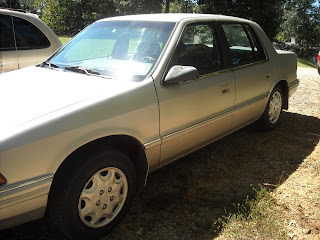 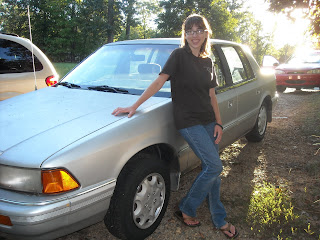 Labels: My Life Outside of Knitting

Sweeeeeeeeeet! _giggles_
Chad is a doll! It's not that old, really. Jamey, well, he's kinda funny.
Have a great week!