For my 17th birthday, I had a party at the park near our house. 13 of my friends came, and we had SO much fun! I had never had a big party like that before, but I'm so glad I did. We had to change parks last minute, because we found out that the one we had originally planned on going to was having their 10th anniversary celebration at exactly the same time. It worked out though, because we ended up under a beautiful tree, next to a field, and across from the lake. The weather was beautiful, and it was in the low 70s that afternoon. We played games, talked, and just enjoyed being together. I love my friends! It was such a special day.

Here we are! David and Kendra couldn't come until later on, so they didn't make it for this picture. 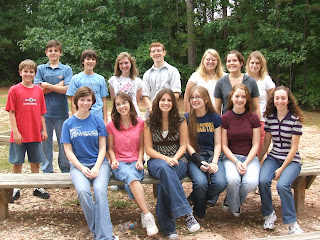 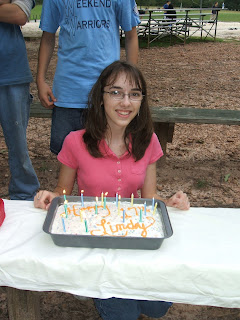 We played Ultimate Frisbee. I had never actually played before. I'm not at all athletic, but I managed! It was really fun. 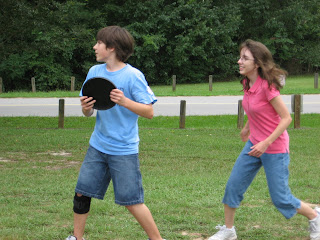 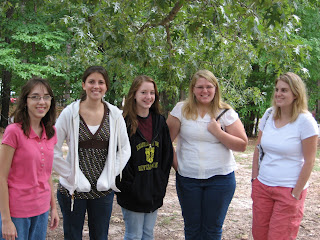 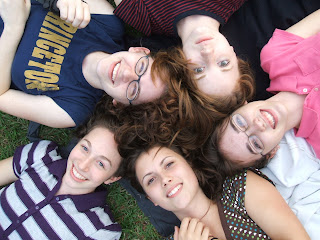 My friend Joelle has more pictures on her blog.
Posted by Lindy at 2:44 PM 9 comments:

This KAL pattern called for red. I don't normally use red, because it bleeds. I thought I would just try orange and see what happened. Now I realize I should have gone for brown, but it still looks cute. :) It's a schoolhouse, and I love it! 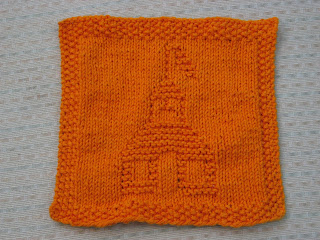 In spite of my "summer break", things are starting back up around here. This week is the first week of CYT. We don't know all of the plays yet, but we do know that the Monday 13+ class is doing Reformation of Katherine and the Wednesday Homeschool class (the class I help with) is doing Little Princess. I am SO excited about Reformation! I've never seen it before, but I've read the script, and I think it's going to be amazing! I can't wait get started.

Also, be sure to visit the knitting calendar blog! The calendar is now available to order.
Posted by Lindy at 4:43 PM 7 comments:

Thursday was my birthday! I had a wonderful day. The morning and afternoon were very relaxing, and for dinner we went to Olive Garden. It was neat the way that came about. The past several years we have gone to IHOP for my birthday, but this year I kind of wanted to go to Olive Garden. I hadn't said anything about it at all, because it's pretty expensive. Then, the day Brandon left, he gave us a gift from his parents. It was an Olive Garden gift card! I love it when God does things like that. The meal was wonderful, probably the best I've ever eaten! Then I came home and opened my presents. :) Probably the thing I got that I had wanted the most was a new Bible. I had wanted one that was smaller and easier to carry around. I also got a new overhead light for my room, some cute shirts, a purse, earings, and lots of sweet cards! Here are a few pictures, because in my life, no event is quite complete without them. :) 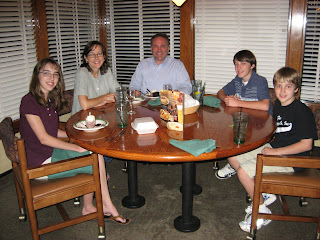 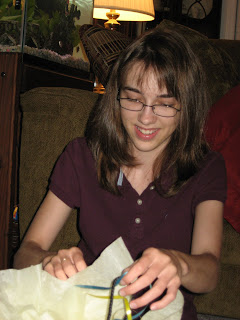 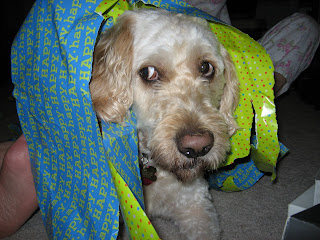 First Trip of the "Summer"!

You may remember that, because Brandon was here, we did school through the summer. Because of that, this is the first week of our break! It's so nice to be finished. Summer was wonderful, but now I'm ready to rest. This past weekend we went to Asheville to visit the Biltmore house! I had never been before. It was amazing! Because we went on a school day it wasn't crowded at all. The weather was perfect too! Here are some pictures.

Eating lunch on the lawn. 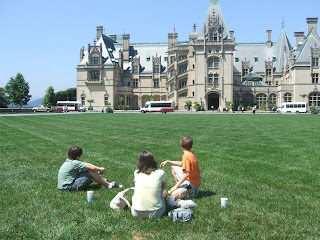 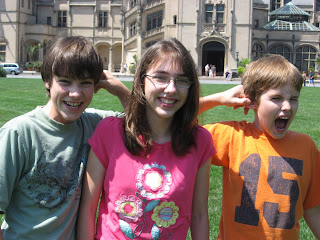 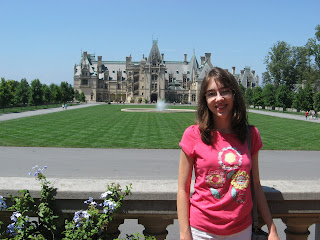 It was incredible! It's hard to imagine someone actually living there. 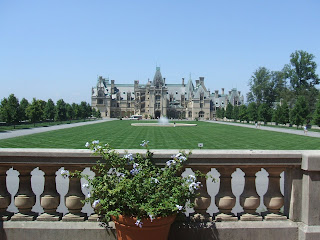 The flower carpet was only there for two weeks, and we were there on the first day it was open! 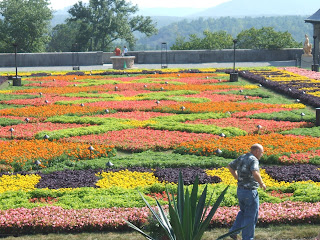 I liked this flower a lot. 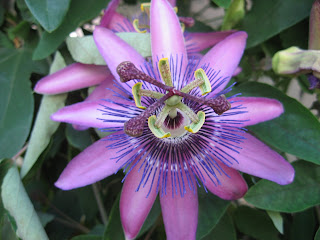 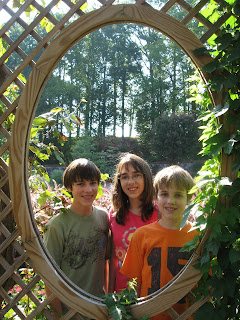 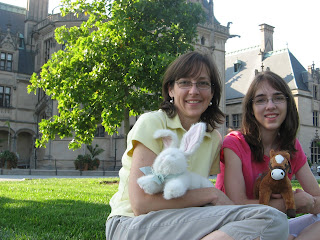 The next day we went to Chimney Rock State Park. The actual chimney was a rock high on the edge of a mountain. You have to understand, I am VERY afraid of heights. From the second I saw where we were actually going, I was about as afraid as I had ever been. Once I finally got up there it was worth it, because the view was amazing!
The chimney. 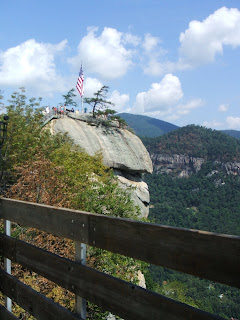 See how high we are? 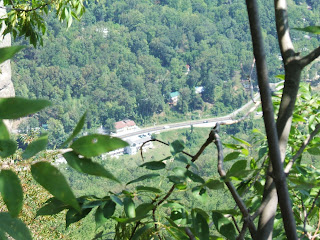 The view was spectacular. 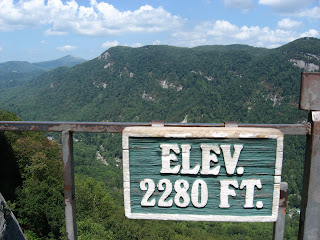 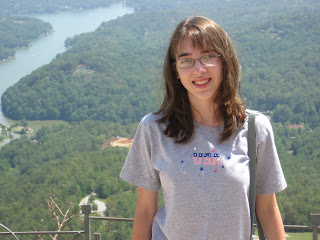 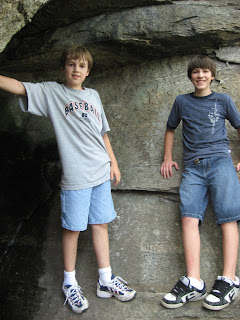 After the rock we walked on a long trail. 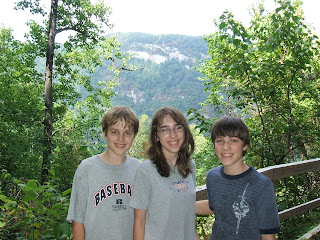